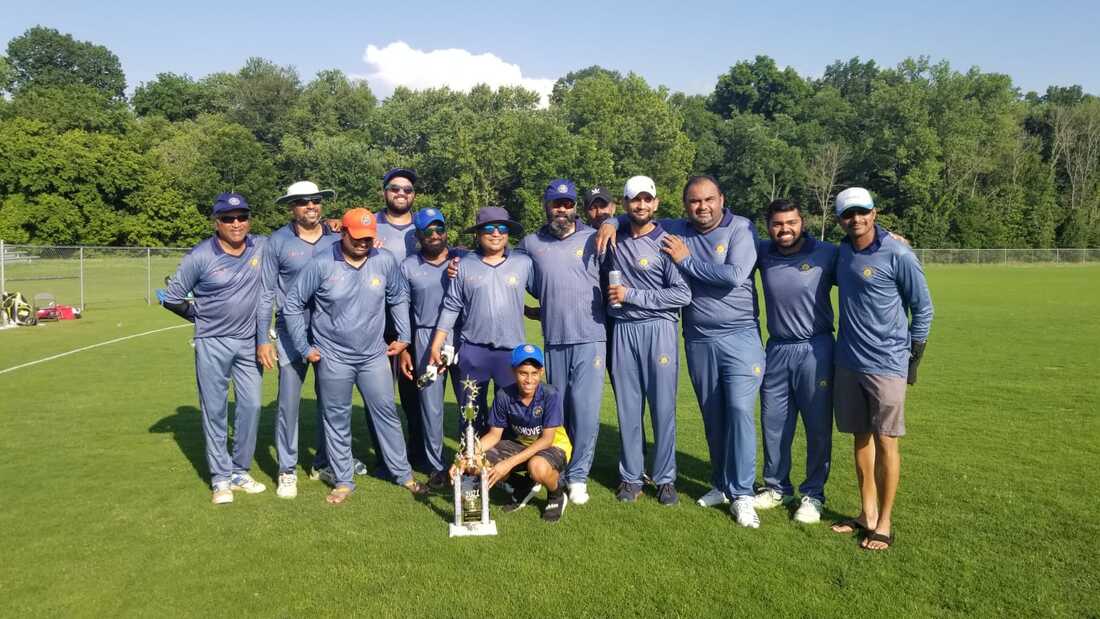 Cincinnati CC Lions lost to DSC in the Div II Finals of the SW Region of the 2021 MCT-T20 Tournament. CCC Lions went unbeaten in the league phase and beat strong teams in the Quarters & Semi Finals with some fantastic team performances. However, DSC played better cricket in the end to win the Div II final. CCC Lions took home individual awards for Div II with Sameer Singh as the Best Batsman and Ninad Inamdar as the Best Fielder of the tournament. Congratulations to them and team Lions on their performance.
CCC Rhinos, CCC Eagles & CCC Bears all clinched playoff spots as well in their respective Divisions, but fell short in the SF & QF games.
Overall, a strong showing by Cincinnati CC in the Div I & Div II MCT-T20

Cincinnati CC had the honor and pleasure to host the Legend Shivnarine Chanderpaul at VOA where he played for Cincinnati CC Lions in a Div II MCT-T20 league game vs CDCC. In the game, Chanderpaul scored a vintage 60*, took a wicket and a catch as well. For CCC members, a true privilege to share the field with the former West Indies great in a memorable victory for CCC.

With COVID-19 impacting daily lives, we were fortunate to play a shortened 2020 season with just the one tournament played in our region. The yearly MCT tournament was suspended, and most of the regional teams participated in the first ever MTCL T20 tournament hosted by Louisville Cricket Club. The season started after July 4, 2020 with COVID protocols in place. Cincinnati CC fielded one team and this allowed members the flexibility of playing in what were really challenging circumstances given we were in a global pandemic.
Cincinnati CC Sharks beat Dayton CC Dragons in the T20 final of the MTCL Tournament held in Louisville, KY. Scorecard 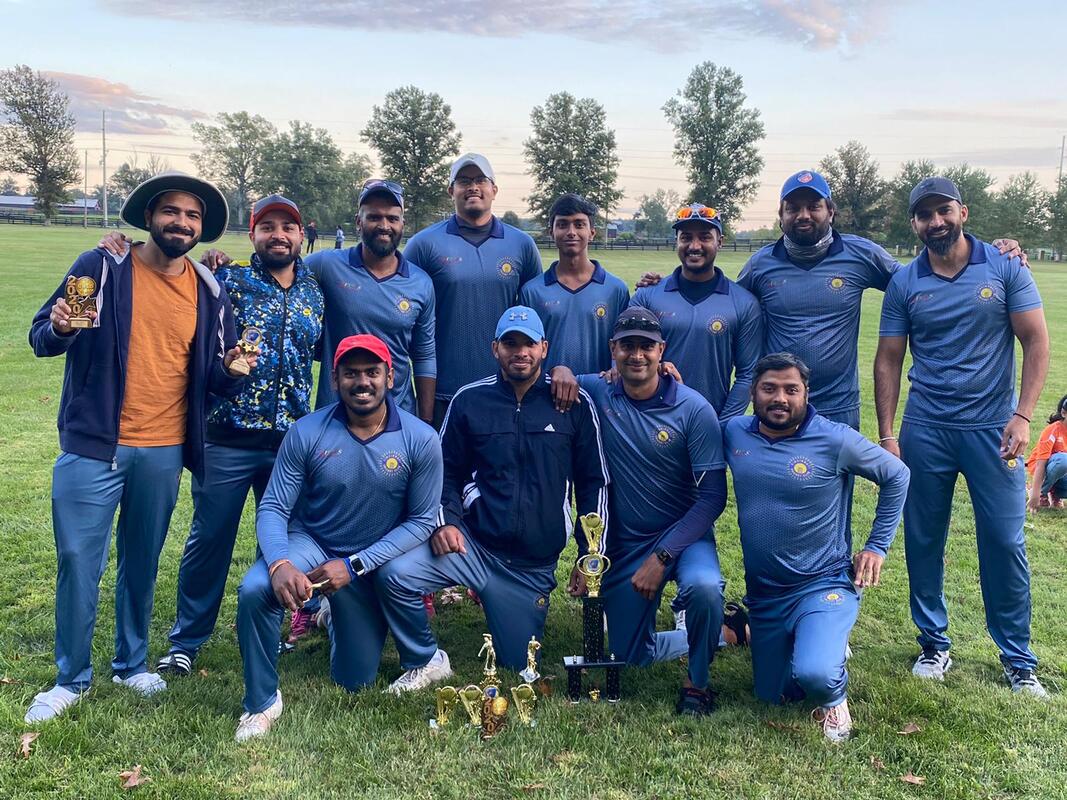 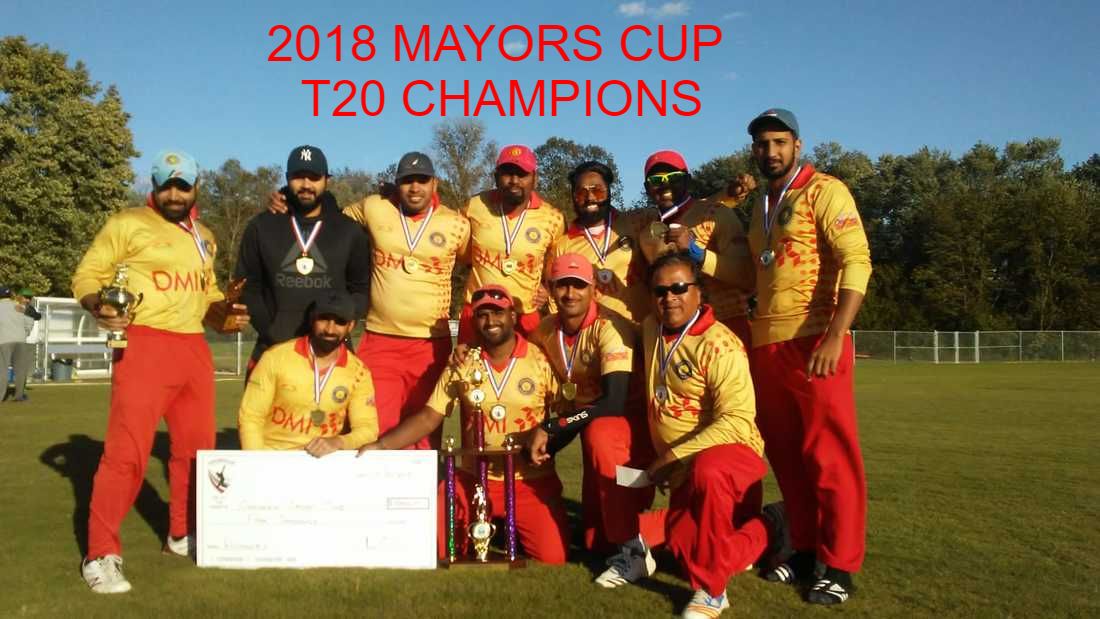 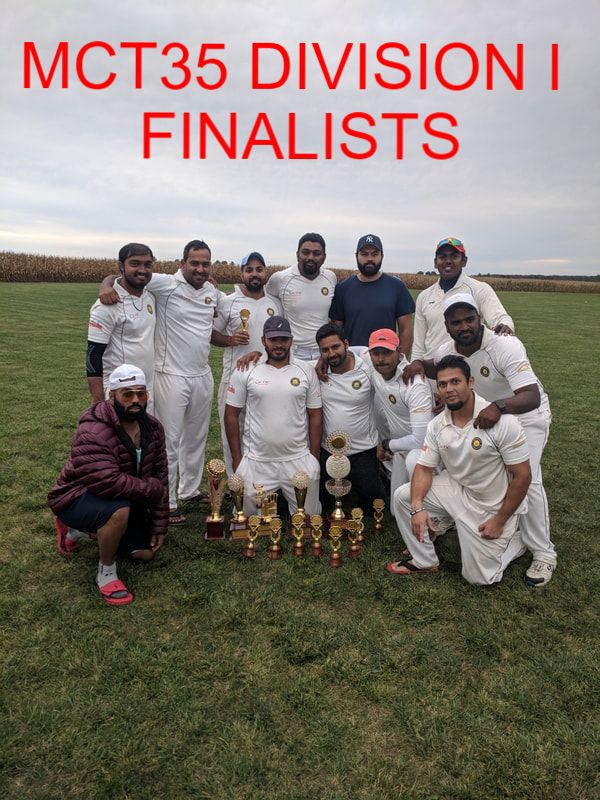 Cincinnati CC Orange finished off their remarkable MCT-35 season as 2018 Runners Up in Division I. The team was undefeated going into the Final and came up short against a spirited CICC Spartans team who chased a formidable target to win the title. Scorecard CCC Orange were led by Parik Chowdhury and Vishvesh Bharat. Congratulations to the entire team for a fantastic T35 season. 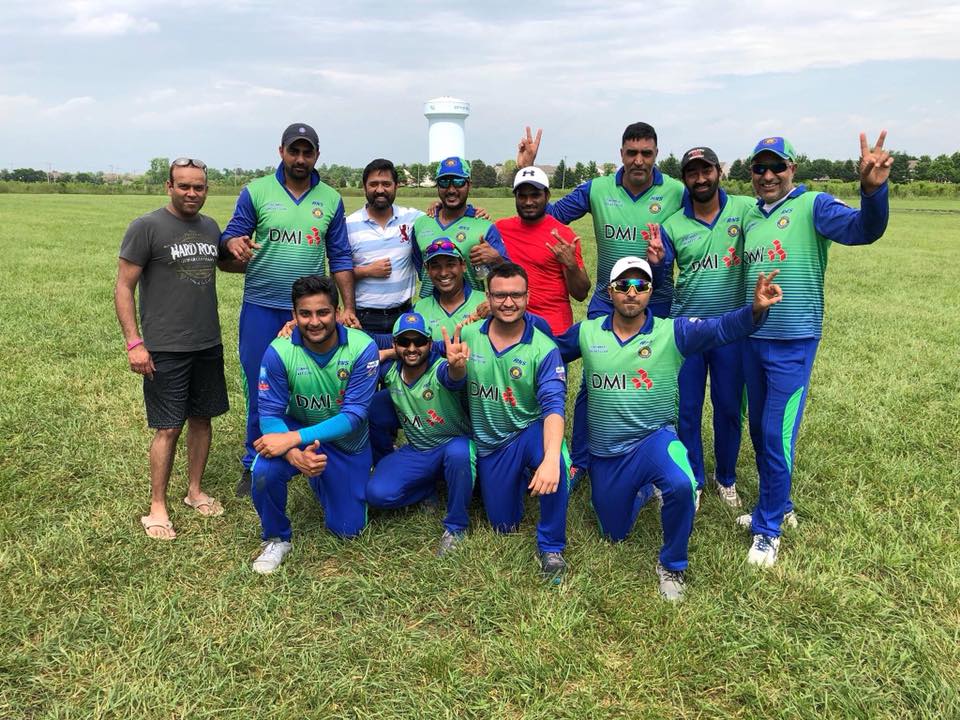 Proud day for Cincinnati Cricket Club as both top tier teams from the club faced off in the Southwest Regional Finals of the MCT Titan T20. The game was played on May 20 2018 at VOA Park. Both Cinci Orange and Cinci Green clinched victories in the Regional Semi Finals against KCC and LCC respectively. The much awaited all Cinci final saw Green beat Orange by 25 runs. Cinci Green now moves on to the Titan T20 Final four where they will play the Columbus region winners for a chance to be overall champs. 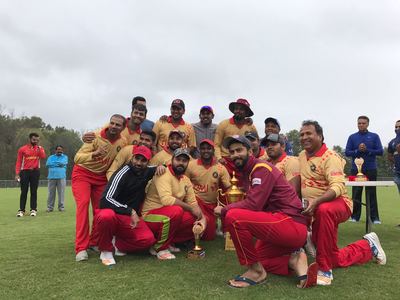 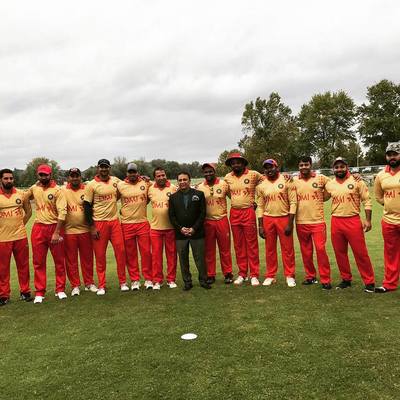 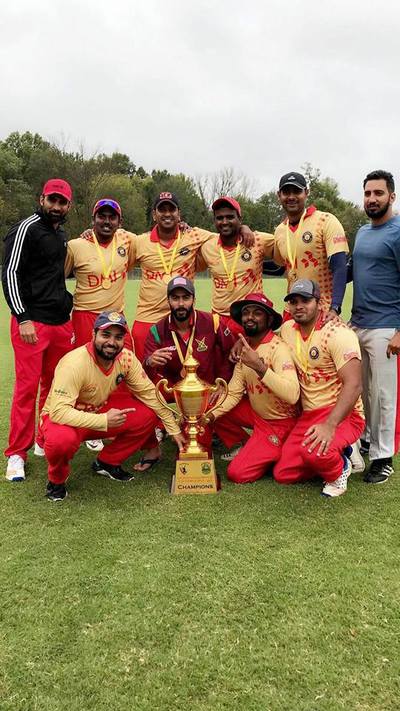 DMI Cincinnati won the Mayors Cup T20 championships beating CCI by 64 runs at the newly inaugurated Sunil M. Gavaskar field in Lousiville, KY. The team members had the privilege of meeting Mr. Gavaskar who was the special guest for the Mayors Cup, along with Louisville mayor, Mr. Greg Fischer. Read about the new Sunil Gavaskar ground. 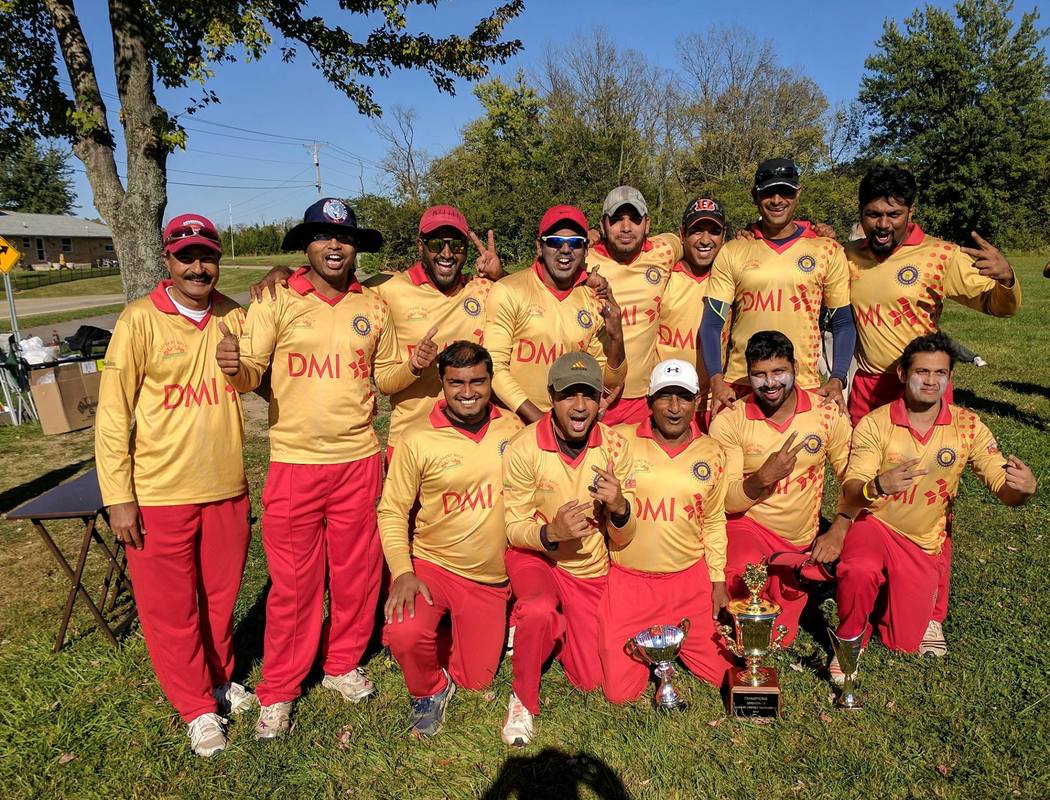 DMI Cincinnati Orange beat CICC-Titans by 8 wickets in the MCT Division II Finals. The victory also promotes the team to 2018 Division I. 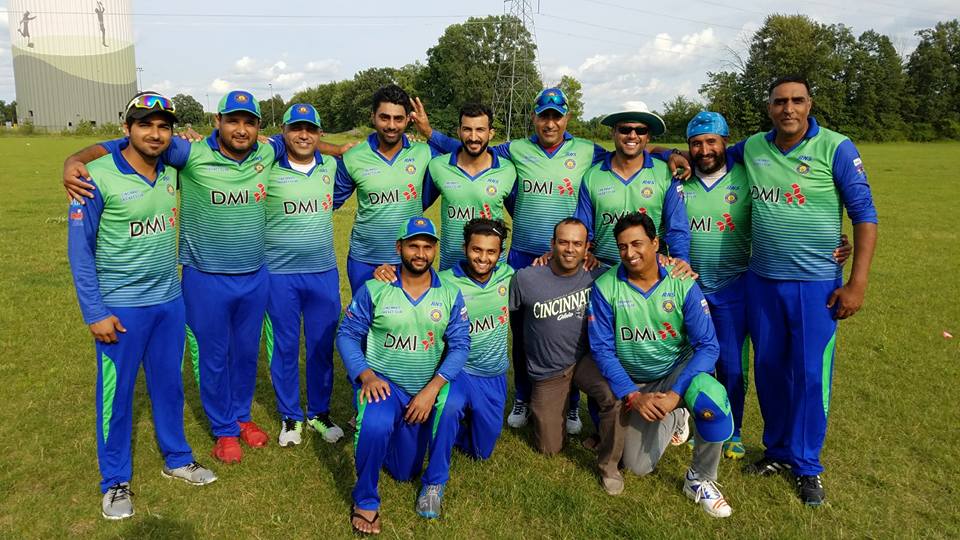 Cincinnati Cricket Club had the pleasure of being represented by two former India A/India players, Ravi Inder Singh and Rishi Dhawan. DMI Cincinnati Green were able to arrange for both Ravi and Rishi to play for them in their Division I game vs Dublin CC. Ravi Inder (Punjab Ranji and India A) and Rishi Dhawan (India, India A, Himachal Pradesh, KKR, Kings XI Punjab, Mumbai Indians) contributed significantly to the win on Saturday. It was a fantastic and unique experience for the Cinci Green players, and the reception offered to them by the cricket community in Columbus was very well appreciated. Congrats Cincinnati Green! Game Scorecard

All three DMI Cincinnati teams competed in the MCT Titan T20 tournament, with DMI Cincinnati Orange and Green proceeding through to the playoffs only to lose in the Quarter Finals against LCC-S and OAS respectively. Scorecards available here. 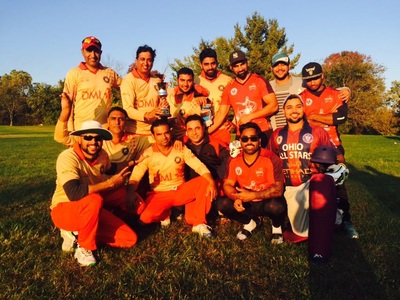 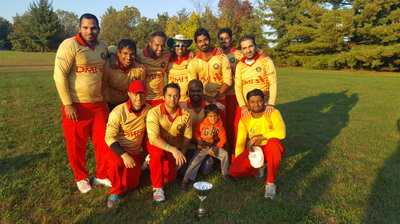 All Scorecards are available on the Scorecard & Statistics link 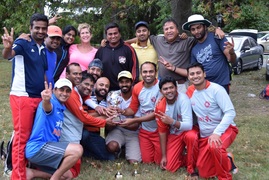 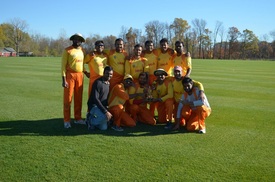 Kalvin Cincinnati I beat Cricket Club of Indianapolis by 9 wickets to repeat as the 2014 Midwest Cricket Tournament T20 champions. Batting first, CCI scored 147/5 in 20 overs with the Cincinnati bowlers doing well to restrict the high scoring CCI openers. The chase for Cincinnati got off to a fast start as Thiag (23) and Parikshit (72*) led the charge from the first ball. Nabil scored an unbeaten 34 to ensure a comprehensive 9 wicket victory. Parikshit was awarded the Finals Man of the Match for his unbeaten 72. A fantastic victory and well deserved championship for Cincinnati Cricket Club. 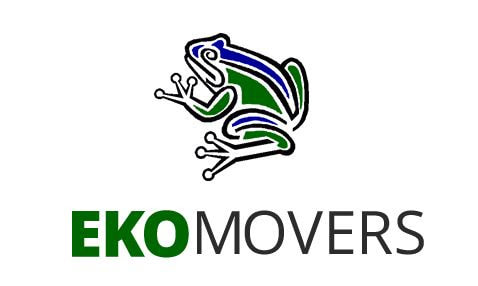